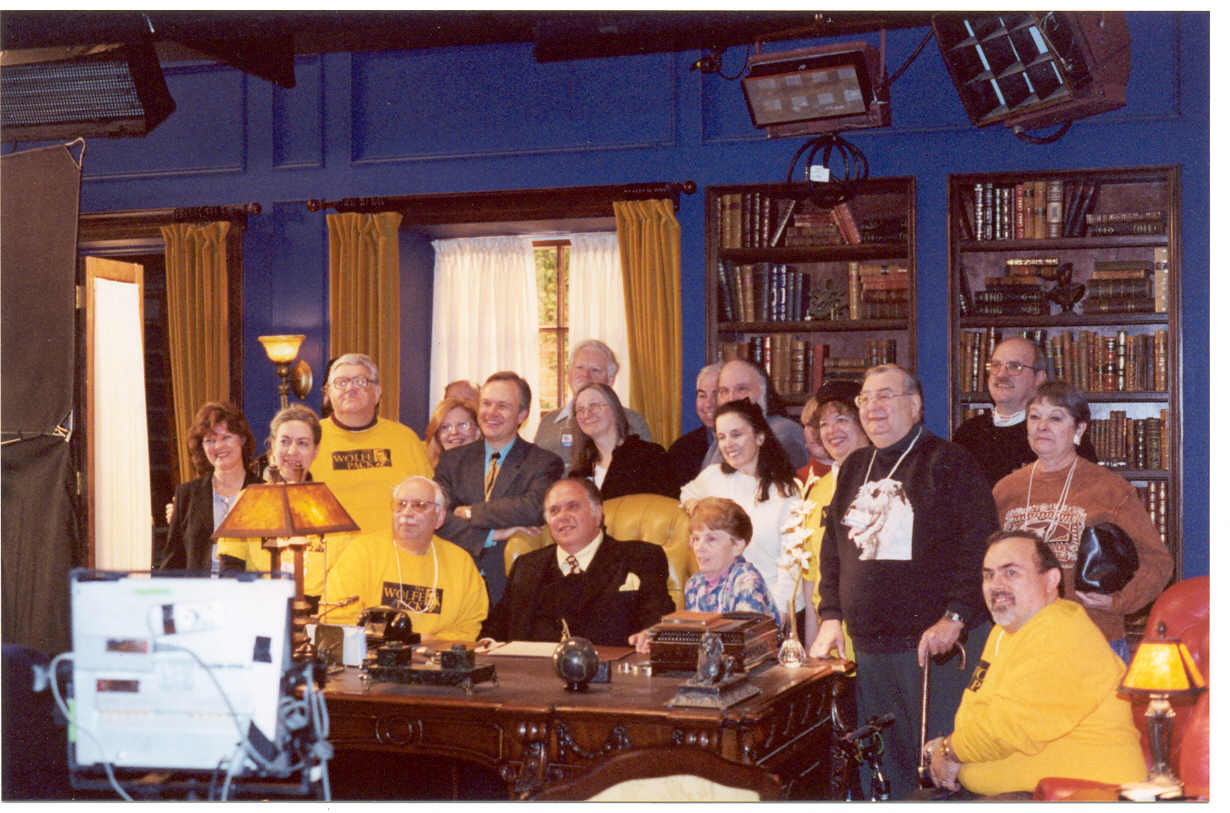 Click on the name below to go to that page:

I have also linked Duncan Langford posting, with his permission, to the Wolfe Email list. I could not say it better! Timothy Hutton and Michael Jaffe could not be more serious about their production. The attention to detail is unbelievable - it makes any Wolfe Packer real proud! This group of people, including Head Writer and fellow Wolfe Pack member, Sharon Doyle, would make Rex Stout very happy. While some things had to be modified to fit the demands of television, it is not much-and they spent a lot of money to do it right.

Finally, I must make an unsolicited plug for the Wolfe Pack. For only $25.00 a year, you get a quarterly magazine filled with fun Wolfe stuff. Consider going to the official Nero Wolfe website  to join- or to get more details.

I am the proud owner of the globe that was used in the A & E TV series. My wife and I joined other Wolfe Pack members and toured the set in March 2002. Then later that year I successfully bid on it when the show's props were auctioned off.

I was surprised how big it was - it is 35 inches in diameter. Everything on a TV set is slightly bigger than normal. But this large globe presented a logistical problem. How do I get a 35" diameter globe through my standard 32" interior door to my library? The issue was resolved by crafting a sling and hoisting it up outdoors to the deck off the library- and then through, barely, the standard 36" exterior door.

I globe is too old to be specially made for the show- unfortunately there is no mention of the manufacturer on the globe itself - but it is not particularly old since some mid-twentieth century countries are displayed. Finally , any real value of the globe was destroyed when the production company sprayed some kind of masking paint on the globe's surface- undoubtedly it was deemed too bright to be used in TV filming.

Pictures of the globe, and its journey to the library, are here.